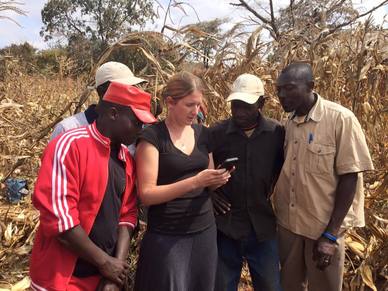 From May 2017 until May 2019 I worked as the Global Coordinator for the LandPKS project.  My major role on the project was in promoting LandPKS adoption and targeting app development to meet the needs of farmers, agriculture extension agents, land use planners, and agricultural research and development organizations.  The Land-Potential Knowledge System (LandPKS) is a USAID-funded project implemented by the USDA. Pilot sites include Kenya, Namibia, Malawi, Tanzania, Uganda, and Nepal.  The LandPKS team is an interdisciplinary collaboration of soil scientists, computer modelers, app developers, agricultural specialists, and social scientists. While no longer a member of the core LandPKS team, I am still involved in the development and implementation of the LandPKS app and more generally in research about the role of technology in environmental conservation and development efforts.

As global populations increase and land resources diminish, sustainable management of current natural resources becomes increasingly paramount. In order to design and implement better management practices, land resource managers need access to better and more site specific datasets on soils, vegetation, topography and climate. Collecting or accessing these datasets can be labor intensive, expensive, or both.  LandPKS is designed to help offset some of these challenges by not only making it easier for land managers to collect site specific soil and vegetation data, but also allowing them to access several global databases on soils, climate and topography. The combination of geo-referenced site characterization data and these global datasets will also allow the system to  provide estimates of potential productivity and risk of erosion, offering assessments of sustainability under various land use scenarios. To achieve this interface, the global LandPKS is being developed as an open-source suite of mobile phone apps connected to cloud-based global databases and models (Herrick et al. 2013; Herrick et al. 2016). 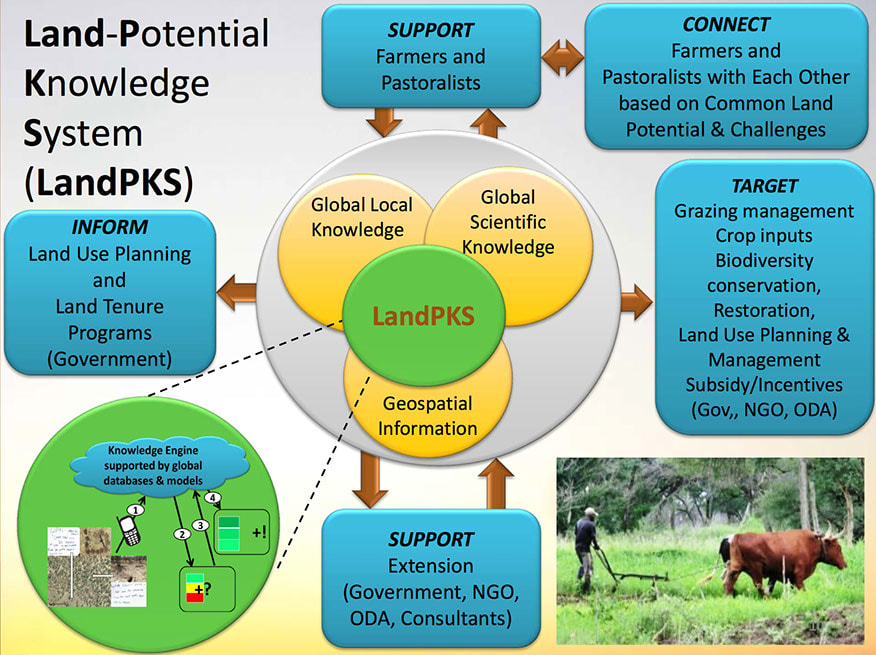