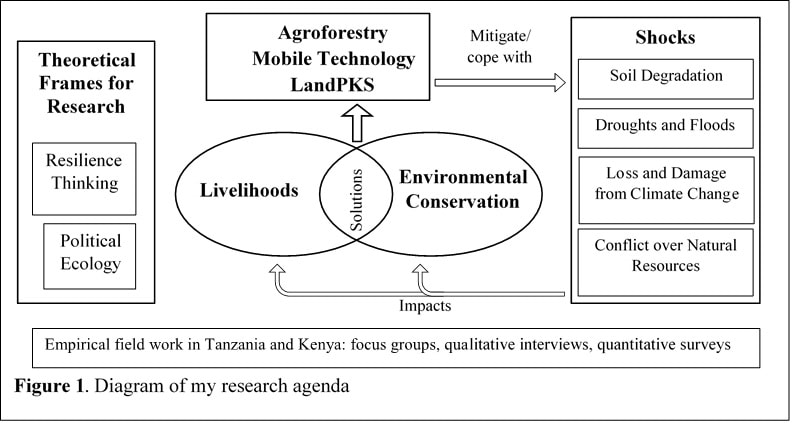 The Agricultural Resilience of the Imperial Valley, California: Historical, Current, and Future Perspectives

Located to the east of San Diego, the Imperial Valley is often referred to as ‘America’s winter salad bowl’ as the multi-billion dollar agricultural sector there produces 2/3 of the vegetables eaten during the winter in the U.S. (Imperial County Farm Bureau 2006). Agriculture in the valley is dependent on irrigation, primarily by water from the Colorado River. The Imperial Valley is the hottest and driest region in California, and the valley’s daily high temperatures are projected to increase by 8 to 14°F by the end of the century (Hopkins 2018). Rainfall rates are low, and rainfall variability is projected to increase over the coming decades, with extreme drought and extreme rain events both becoming more common (Hopkins 2018).

Despite the agricultural importance of the Imperial Valley and the projected environmental changes, there is little understanding of the interplay of environmental, political, and economic forces (Kerr et al. 2018). A better understanding of how farmers perceive and adapt to changing conditions will enable a more accurate analysis of possible policy interventions to maintain agricultural production and help to identify community-specific adaptation strategies that are most appropriate (Hopkins 2018). Specifically, more research about strategies to increase agricultural resilience to higher temperatures and rainfall variability is greatly needed at a scale larger than the individual crop (Hopkins 2018). Therefore, in order to address these knowledge gaps, this exploratory study examines how key stakeholders in the agricultural sector in the Imperial Valley perceive and are adapting to changing environmental, political, and economic conditions. It also examines key historical events that have shaped the Imperial Valley and created the agricultural system that exists there today.

Mobile phones have been transformational in Africa.  In the October 2012 issue of TIME Magazine, President Clinton identified mobile phones as one of the five ideas that are changing the world.  In Sub-Saharan Africa, the pace of change is rapid with projections of smartphone sales moving to greater than 50% of the market by 2020.   Further, livestock and agriculture plays a vital role in the social and economic development of most African countries.  Mobile technology has increasing potential to improve the agricultural sector in these developing economies.  In order to better understand this potential, this research projects asks the question: What are the barriers and opportunities for mobile technology to supply trusted and useful agricultural information to agro-pastoral communities in semi-arid East Africa?  As a pilot for this project, in July 2017, I lead a team of enumerators in conducting a quantitative household survey in four communities in Iringa Region, Tanzania.  We are currently writing up and publishing these results. 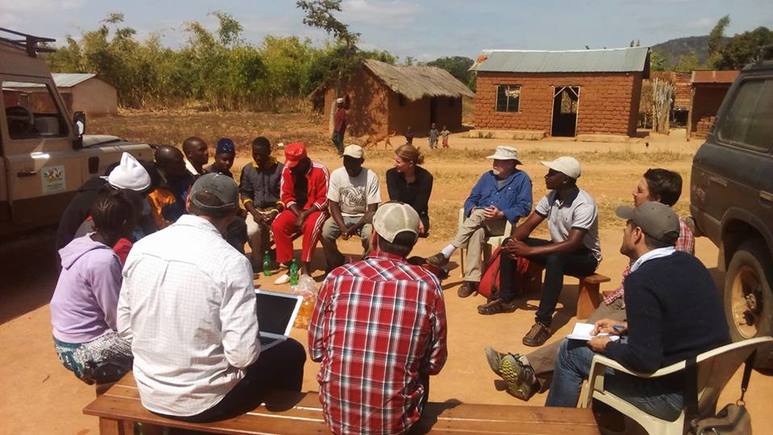 The Land-Potential Knowledge System Mobile Phone App: A Tool for Outcome-Based Rangeland Management in the US

Ecological, economic, and social goals for rangelands can be best met through adaptive management.  Access to comprehensive information about land potential enhances adaptive management, and having tools for easy, meaningful monitoring is critical.  Using the open source Land-Potential Knowledge System (LandPKS) mobile app, ranchers can contribute critical, specific data on rangeland sites to a broad database that will enhance data management.  LandPKS will also give the rancher the ability to rapidly identify soils and inventory and monitor vegetation for use in management decisions.  The purpose of this project is to evaluate the effectiveness of LandPKS as a tool to facilitate good grazingland management and rancher decision-making.  This project will advance NRCS objectives including revision of Ecological Site State and Transition models and promotion of adaptive management.   The project will achieve the following objectives 1) Implement, test and evaluate the usefulness of the data generated by LandPKS for informing rangeland assessment and management by putting LandPKS in the hands of ranchers so that they can provide feedback to inform current and future usefulness of the tool, and 2) create two new modules to provide ability for ranchers to monitor utilization and assess their land as potential wildlife habitat, a high priority natural resource concern.  The project will use a combination of workshops, field days, producer surveys, and web-based and application development.

​This work is in the beginning phases of implementation and has been funded by a Conservation Innovation Grant from the Natural Resources Conservation Service, and Western Region Sustainable Agriculture Research and Education Professional Development Program Grant from the United States Department of Agriculture. 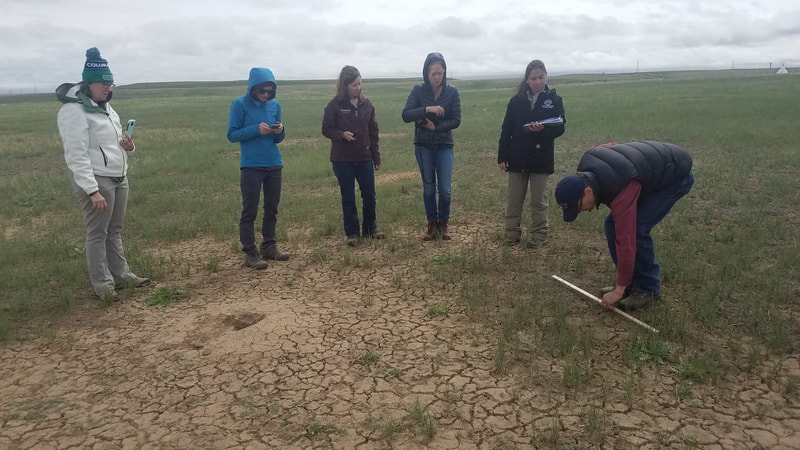 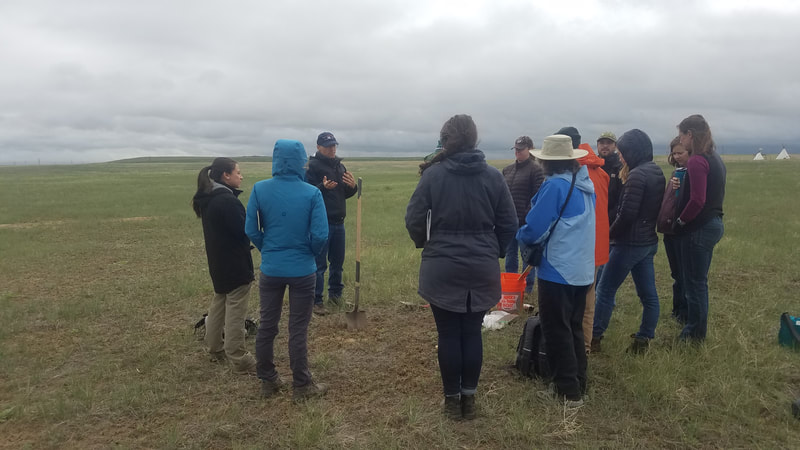 Livelihoods must adapt to global and local changes in order to maintain livelihood resilience.  Agroforestry is one potential livelihood activity which can help farmers adapt to changes and shocks.  This project explores if and how agroforestry is building livelihood resilience in the face of environmental and socio-economic shocks in Isiolo County, Kenya.  Drawing from resilience thinking and political ecology, this research focuses on general livelihood resilience, along with livelihood resilience to floods, droughts, violent conflict, and wildlife crop raiding.  For this research, I utilized a mixed methods research approach in two communities in Isiolo County, Kenya: Burat and Kinna.  I conducted 20 qualitative household case studies, 338 quantitative interviews, and archival research to address the research question.  This research has been published in the journals Climatic Change, World Development, Society and Ecology, Climate and Development, and Human Ecology.
Collaborators: J. Terrence McCabe, Henry Neufeldt

Claims that climate change will lead to increased conflict in vulnerable areas of the world, especially in Sub-Saharan Africa, have been evident for a decade. Conflict is not expected to be a direct result of rising temperatures and decreased rainfall, but instead, lead to resource scarcities that are predicated on a complex interplay of social, political and economic conditions in specific countries whose response capacities are limited. Increasing competition among ethnic groups and communities over dwindling resources in the areas most affected by climate and ecological change can lead to growing disparities, population changes through migration, and politicization of resource allocations.  The academic community is split on the question of the scope of the effects of climate change on political outcomes. This research aims to provide clear scientific evidence of any climate effects on violence across Sub-Saharan Africa and will elaborate the processes by which climate influences are affecting the lives of ordinary people in a large survey in Kenya.  A randomized, nation-wide survey was conducted in 2015, as well as follow-up qualitative interviews in 6 Counties in Kenya in 2016.  These data are being integrated with remote sensing and GIS analysis.  This research is currently being written up and published.
​
Collaborators: John O'Loughlin, Andrew Linke, J. Terrence McCabe, Jaroslav Tir, Frank Witmer

Finding livelihood opportunities for people in arid regions is critically important as they will continue to be impacted by climate change.  Importantly, these livelihood options need to be both climate-smart, meaning they are well adapted to deal with the current and future impacts of climate change, and ecosystem-friendly, meaning they do not lead to environmental degradation and when possible contribute to environmental conservation and restoration efforts. This project was carried out in 2013 in consultation with the Red Cross/Red Crescent Climate Centre's Partners for Resilience Project. A household survey was administers in 7 different communities within Isiolo County, Kenya in order to capture the perceptions of residents about what livelihoods they think are most promising for their future. This research has been published in the journals African Journal of Rural Development and the International Journal of Climate Change Strategies and Management. 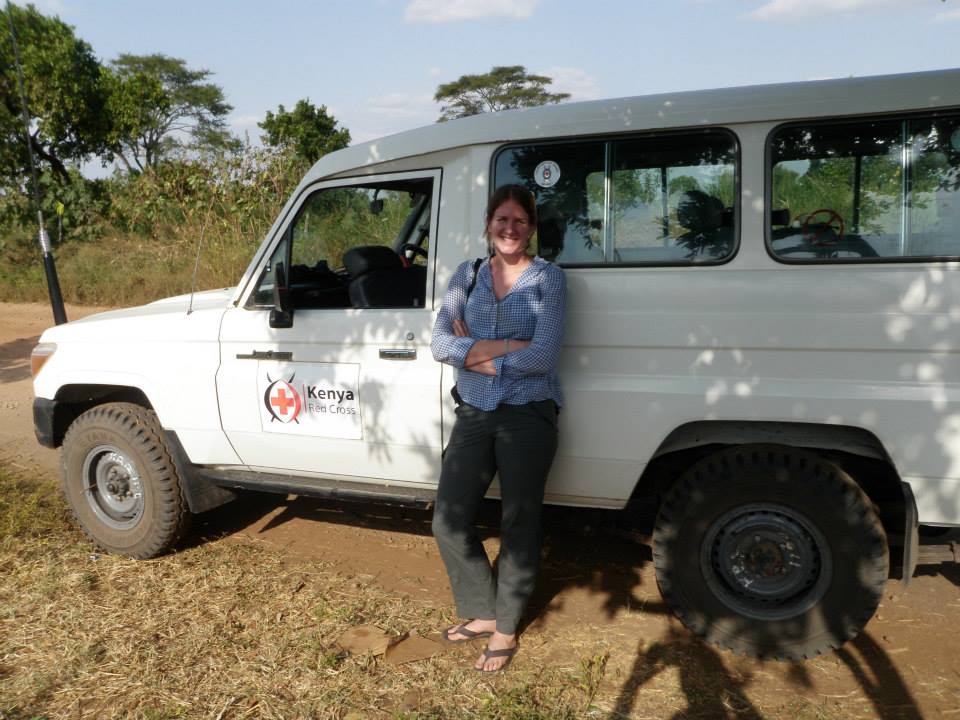 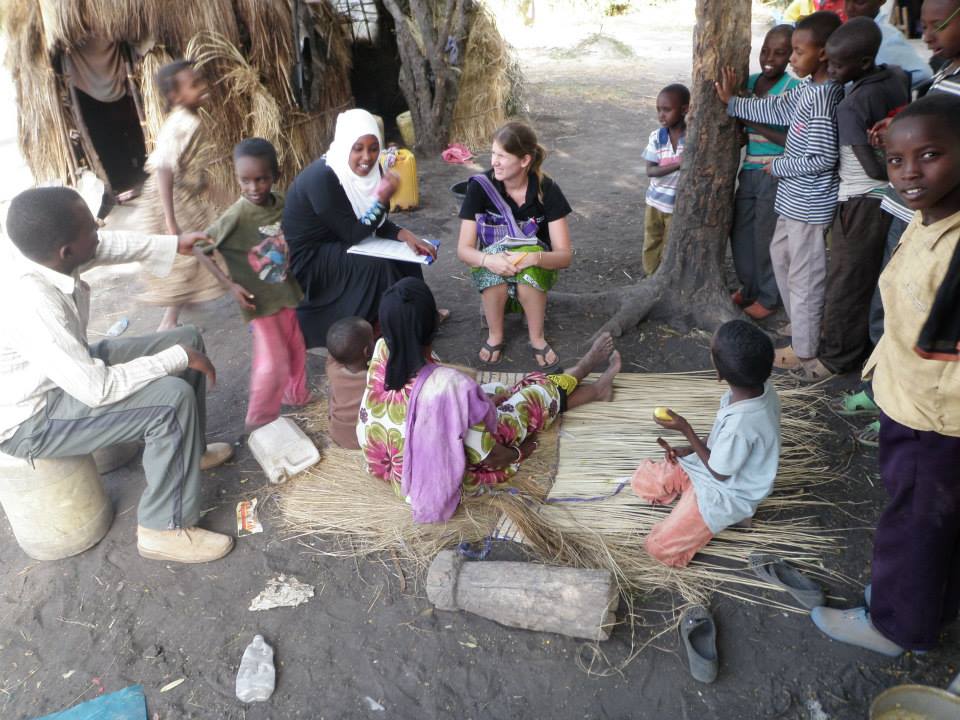